Frank J. Zamboni was recognized for his innovative spirit and contribution to ice sports. These photos were taken at a few of the events, however a more comprehensive listing is available at the bottom of this page. 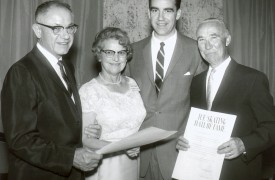 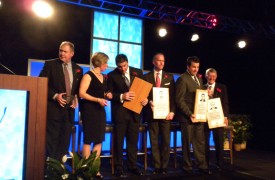 2009 Induction Celebration held by the US Hockey Hall of Fame; Boston, MA click here to view the induction video. 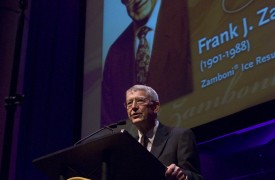 In 2007, Richard Zamboni attended the posthumous induction of his father, Frank J. Zamboni into the National Inventor’s Hall of Fame. 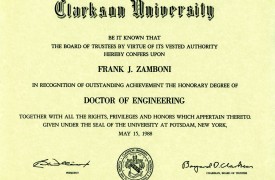 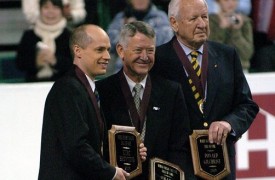 Richard Zamboni in 2006 at the World Figure Skating Hall of Fame induction in Calgary, Alberta. Richard is shown with Kurt Browning and Donald Gilchrist, other inductees during the ceremony. 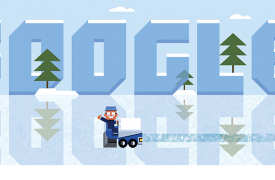 On January 16th 2013, Google recognized Frank Zamboni on what would have been his 112th birthday by creating an interactive Google Doodle. click here You must have the most current version of Internet Explorer, Firefox, or Chrome in order to play the game. 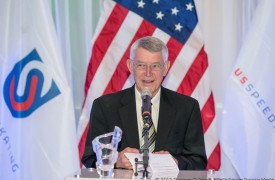 On May 18, 2013, Frank J. Zamboni was inducted into the United States Speed Skating Hall of Fame, being recognized for his contributions to the sport. His son Richard Zamboni was on hand at the ceremony in Salt Lake City, Utah to accept the honor on his father’s behalf.

List of Awards and Recognitions for Frank J. Zamboni

Awards and Recognition for Richard Zamboni

Awards and Recognition for Zamboni Staff